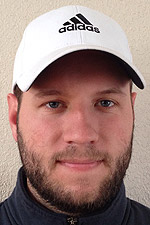 His collegiate soccer career began at Simpson University, where he played two seasons in 2006-07 before transferring to Corban.

"I am very excited to have the opportunity to give back to a program that was able to give me so much my first two years of college as a player,” Rust said. “I look forward to bringing new students to the university to experience a Christ-centered atmosphere on the playing field and in the classroom.”

“He knows Simpson University, and he brings a wealth of NCAA (National Collegiate Athletic Association) coaching experience to the soccer program,” he said.

Rust said he loves the Redding area and is looking forward to the upcoming season.

“I plan to bring a style of play and mentality that will give our players the ability to be conference contenders on a yearly basis and grow stronger and closer as a team," he said.