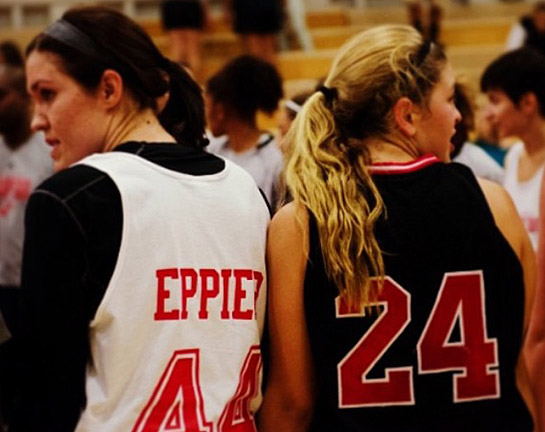 “For our program to have two sisters receive All-American honors is amazing,” Pringle said. “What Esther and Bekah have accomplished at Simpson is a tribute to their family and friends.”

Wofford is a business major who plans to graduate in the spring of 2017 and pursue a career in coaching. Eppler graduated in 2012 with a B.A. in communication with emphases in organizational leadership and public relations. She is a stay-at-home mother who plans to return to coaching basketball after the birth of her second child in October.

The sisters have a long history of playing basketball, both starting their careers at a young age. Even though they are eight years apart in age and never had the opportunity to play on the same team, they have a bond that was strengthened by having a love of basketball in common.

“Basketball gives Esther and I the chance to spend more time together and to connect on another level than just being sisters,” Eppler said. 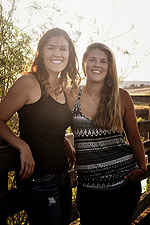 “Bekah and I are always trying to be better than one another but at the same time encouraging each other to get better,” Wofford said. “Even today where Bekah no longer plays on a team, we still joke around about who is better or who would win one-on-one. I am currently working on beating her overall total points while she was at Simpson. Friendly competition is something that will never end between us.”

During their playing careers, Wofford and Eppler have had the support of their large family, which lives in Encinitas, Calif.

“My family is always involved and supporting me in basketball or whatever I choose to do,” Wofford said. “We all grew up playing sports. and we all would support one another as much as we can.”

In addition to their All-American honors, Wofford and Eppler have received other basketball awards. Wofford was selected as the California Pacific Conference (Cal Pac) Defender of the Year and was named to the All-Cal Pac and NCCAA West Region first teams in 2015. Eppler was named Cal Pac Freshman of the Year in 2011 and earned first team All-Cal Pac honors in 2011 and 2012. She also helped the Red Hawks finish second in the Cal Pac in back-to-back seasons, which was a first in program history.

“To have both Bekah and Esther play for me has been a blessing,” Pringle said. “Bekah was one of the smartest and determined players I have ever coached. Esther is a unique player who is quick and athletic. She is tough and has a passion to win.”