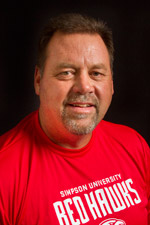 Cadaret, a left-handed pitcher, spent 18 years playing professional baseball, 11 of those in the major leagues. He played for nine different major league teams after being drafted in the 11th round of the 1983 amateur draft by the Oakland A's.

The Hall of Fame Classic, in its seventh year, features recently retired players representing all 30 major league teams for a seven-inning game at Doubleday Field. Hall of Famers Phil Niekro and Ozzie Smith will serve as team captains; honorees Rollie Fingers, Tom Glavine and Robin Yount will be coaches.

"I always thought I would have to buy a ticket to get to the Hall of Fame,” Cadaret said. “I am looking forward to seeing former teammates and adversaries. I plan on having a good time and taking a bottle of Advil." 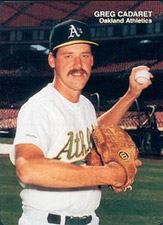 Cadaret made his major league debut with the A’s in 1987 and pitched for them in the 1988 World Series, making appearances in games three, four, and five before the A's lost to the Dodgers. In the middle of the 1989 season, Cadaret was traded, along with two other players, to the New York Yankees for Ricky Henderson. He played in New York through the 1992 season before being traded to the Cincinnati Reds. He continued playing until the 2000 season before retiring with the Anaheim Angels.

A Redding-area resident since 1994, Cadaret has coached at all levels of baseball, including teams in the American Legion and Golden Baseball League, as well as at Foothill High School, where the team won three section championships. For six years he ran the Redding Colt 45s summer collegiate team.

He served as Simpson University’s assistant baseball coach from 2006-2008 and took the helm as head coach in 2014.

Cadaret has also worked as a Comcast baseball analyst for the Oakland A’s pre- and post-game TV broadcasts and as a pitching coach in the independent Frontier League.

Click here for more information about the Hall of Fame Classic.