The six-hour event on April 9 drew enthusiastic comments from participants, who chose from routes of 6, 18, 38 or 69 miles that followed rolling hills and straight stretches from Bear Mountain Road to the north to Balls Ferry Road at the southern end. 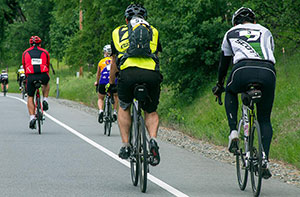 “The routes were some of my favorites,” said Bobby McMullen, a legally blind competitive cyclist who spoke at a fundraising dinner on campus the night before the ride. “We’ve done a lot of events, and this one was beautiful, with well-supported rest stops. The kindness and attitude of the volunteers was impressive.”

McMullen grew up in Redding and now lives in Mill Valley with his wife and 2-year-old daughter. He rode the 38-mile route with the help of Andy Friesen of Redding, who called out turns and obstacles as they traveled the roads.

A pre-ride spaghetti dinner on campus hosted by the Athletics Department included the documentary “The Way Bobby Sees It,” about McMullen’s preparation for and participation in the 2007 Downieville Classic Mountain Bike Race. 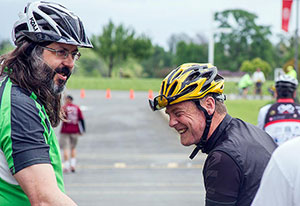 Bobby McMullen of Mill Valley, center, shares a laugh with fellow riders, including Andy Friesen of Redding, left, who guided the visually impaired McMullen on the 38-mile route of the Red Hawk Ride.

In spite of challenges that include diabetes, vision loss, kidney failure, organ transplants, open-heart surgery, and cancer, McMullen spent seven years as a member of the U.S. Disabled Ski Team, was a two-time U.S. Disabled Overall Downhill champion, and is a nominee to the Mountain Bike Hall of Fame.

McMullen has a relative who graduated from Simpson University’s School of Education. He spoke highly of the four-year university’s impact in the North State. “Simpson is an asset to the Redding community,” he said.

More than 45 businesses and organizations sponsored the ride.

Entry fees ranged from $20 to $75, with proceeds going to the Student Scholarship Fund. Sixty percent of Simpson University’s undergraduates are the first in their families to attend college and/or economically underprivileged. The university gives numerous scholarships each year to help students afford a college education.

“We are encouraged by the community’s response to the first Red Hawk Ride and thank all those who participated,” said Dr. Mike Loomis, associate vice president for Student Development. “We’re excited to create a family-oriented, healthy event for North State residents and help students fulfill their dream of a quality Christian university education.”

Next year’s event will include an organized run as well. “We look forward to hosting the Red Hawk Ride & Run in 2017,” he said.

View photos from the Red Hawk Ride and Spaghetti Feed at simpsonu.edu/redhawkride. (Photos by Matt Murnan)

To purchase Red Hawk Ride apparel (pictured below), including the collectible Simpson University cycling jersey for the 2016 ride, call Karen Smith at (530) 226-4177 or email ksmith@simpsonu.edu. 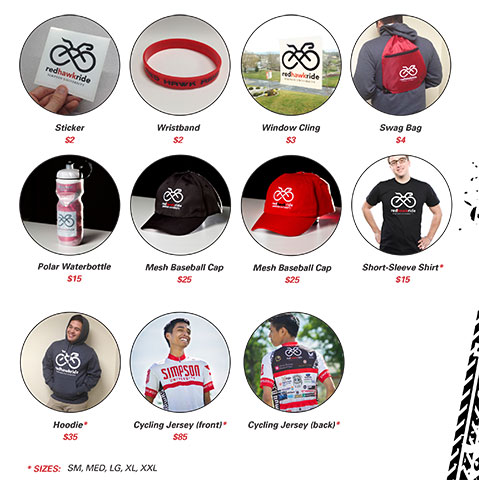 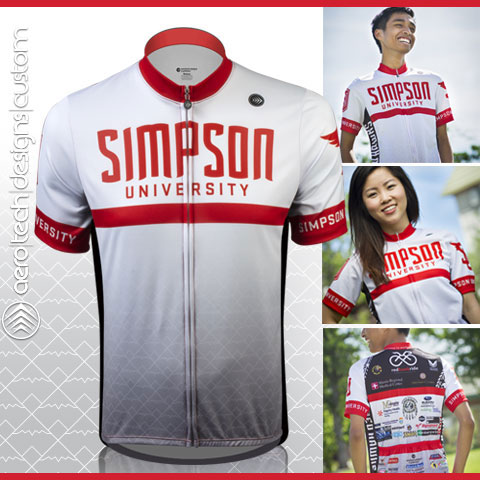