REDDING, Calif. - Simpson University recently celebrated the 500th anniversary of the Protestant Reformation with a series of lectures and panel discussions, community worship, and the performing arts.

The four-day event culminated with special concerts that drew hundreds of attendees.

Highlighting the fact that the Reformation has impacted all of western culture, including theology, politics, economics, education, music, church life, and the arts, the week’s speakers touched on legacies of the Reformation, examined three films about Martin Luther, and discussed the personal impact of the movement in their fields of study and other modern arenas.

Dr. Timothy Orr, assistant professor of history, launched the commemoration with a chapel service Oct. 25 that recounted the start of the Reformation and surveyed its multiple legacies. The Reformation began on Oct. 31, 1517, when Luther nailed his Ninety-Five Theses to the Wittenberg chapel door, inviting a public debate on certain church practices.

Dr. Nicole Kenley, assistant professor of English, led a discussion Oct. 26 titled “Luther on Film: The First 90 Years,” in which she played clips from three Luther films (1953, 1974 and 2003 versions) showing the opening and closing scenes and Luther’s address before the Diet of Worms. A panel comprising English professor Brian Larsen, history professor John Ayabe, and School of Education Dean Craig Cook, offered critique and comment from the perspectives of their disciplines.

The panelists touched on topics including the impact of Luther’s philosophy of church music, the Reformation’s role in issues of identity, individualism and the rise of the modern nation state, and the difference between a Protestant and an Evangelical, among other questions.

The concert’s centerpiece was Bach’s Cantata No. 4, “Christ Lay in Death’s Bonds.” Bach took Luther’s text and melody (written in the 16th century) and set it in the most up-to-date style of his day (the 18th century). Other pieces were selected to represent Luther’s philosophy of music, which included that worship should be in the language of the people and could embrace any musical style not forbidden by scripture.

The “Reformation at 500: A Community Celebration” concluded Oct. 28 with a Shasta Symphony Orchestra concert at the Shasta College Theatre. More than 300 people attended the event, which included a performance of Mendelssohn’s Symphony No. 5, “The Reformation.”

Simpson University joined many other church-related universities in hosting special events this year to remember the cultural and religious heritage of the Reformation. 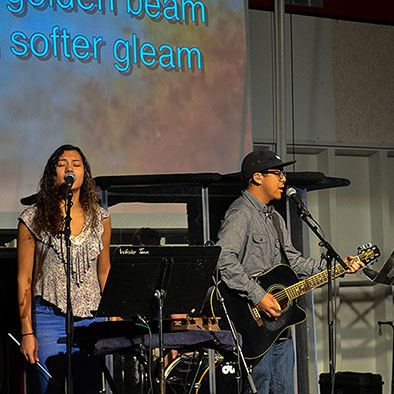 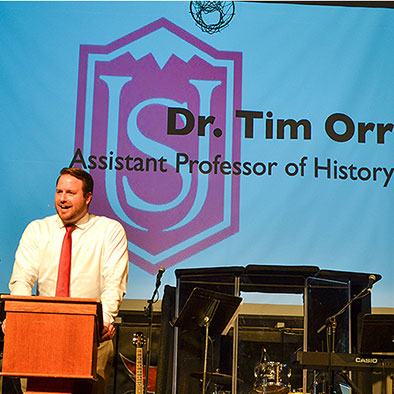 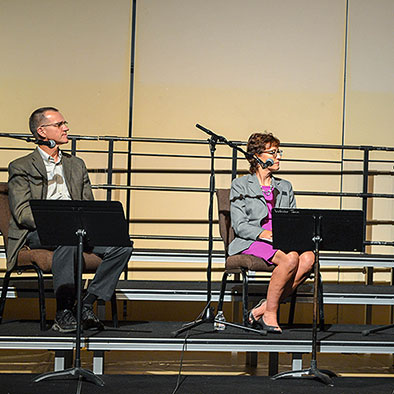 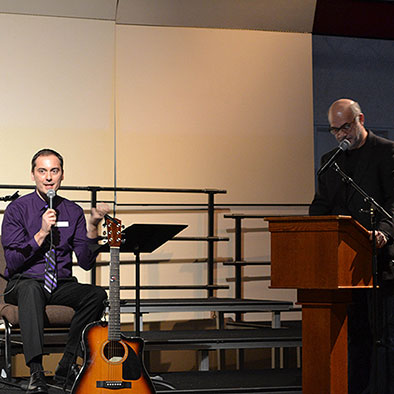 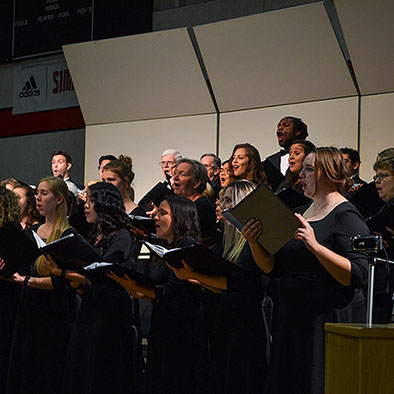 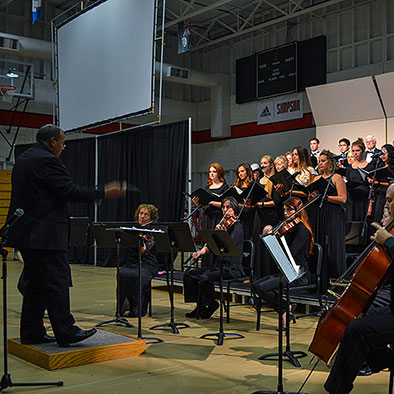