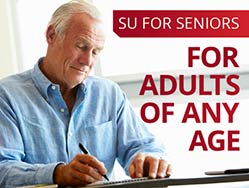 REDDING, Calif. - Simpson University for Seniors is offering two courses in March for adults of any age.

The non-credit, no-homework classes, which begin March 3, are taught on Simpson’s campus by university professors and professionals in their field of expertise. Classes meet from 10:20 to 11:20 a.m. and 11:30-12:30 p.m. on Mondays, Wednesdays and Fridays.

The following courses are being offered:

10:20-11:20 a.m. – The Rise and Fall of the Two Greatest Civilizations of Central America. Although today most of Central America is called Mexico, the ancient culture by that name was overrun by the cruel and powerful Aztec civilization. As the Mexicas and other groups had driven off the less militaristic, but highly advanced Mayan culture, so they were made vassals of the Aztecs. And then the Spaniards appeared. Presenter: David Dummer.

11:30 a.m.-12:30 p.m. – World War II: The Pacific Theater. World War II began with the Japanese invasion of China in 1937. Within five years the Japanese Empire had reached its maximum territorial extent, stretching from New Guinea to Alaska. This is the story of the rise and fall of the Japanese Empire (1930-1945) and of the titanic clash between Japanese militarism and American democracy. Presenter: Don Claspill.

Two courses are offered each month through April. The cost is $95 per person, per course, or $145 for couples registering for the same course. Register online with a credit card at simpsonu.edu/seniorschool.