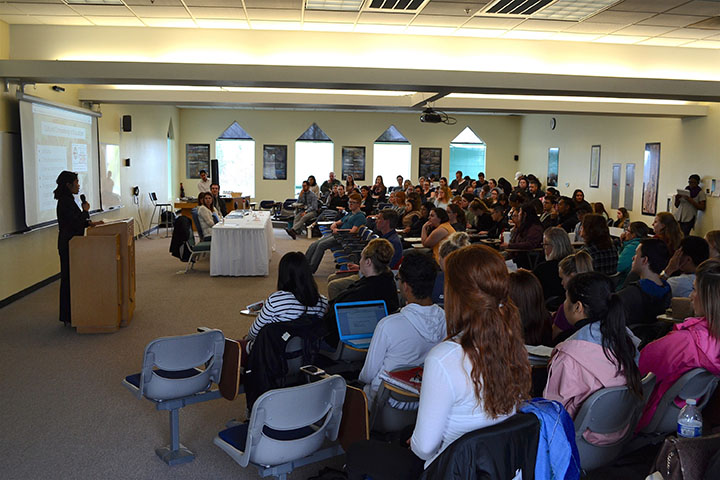 The symposium is an annual event open to the public. It began in 2011 as a faculty initiative to give students an opportunity to share their research outside the classroom. Divided into morning and afternoon sessions, the symposium is modeled after professional academic conferences.

In addition to sharing their research with peers, faculty, and other visitors, the 27 student presenters were also competing for prizes. The Stanley Clark Research Awards were given to three outstanding presenters at a banquet following the symposium.

The award for Best Undergraduate Paper went to Kelsey Reibsamen, a social science major from Fallon, Nev., for her work entitled, “The Spanish Armada and England’s Protestant Nationalism, 1588-1603.”

The award for Best Undergraduate Presentation went to Christine Vivit, a nursing student from Castaic, Calif., on the topic of “Communicating Love: A Nurse’s Mission.”

The award for Best Graduate Paper went to Jared Neusch for his work entitled, “Figural and the Rediscovery of Christocentric Hermeneutics.”

Award recipients, who also will be honored during a student awards chapel next month on campus, receive a plaque and scholarship funds.

This year’s symposium was held mid-week to allow more students to attend, leading to its largest attendance ever. For the first time, the event also included a high-school division and faculty presentations, as well as a free breakfast on the “plaza” and egg-drop competition. 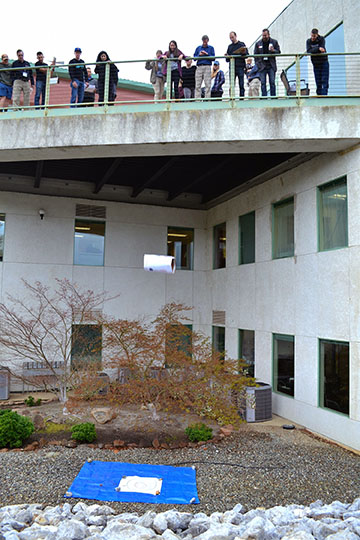 Two teams of students from Shasta High School in Redding, under the mentorship of science teacher Brian Grigsby, presented information about projects underway to build a micro-satellite that will conduct research of the Low Earth Orbit; and to develop a rover that can be used to map underground locations. 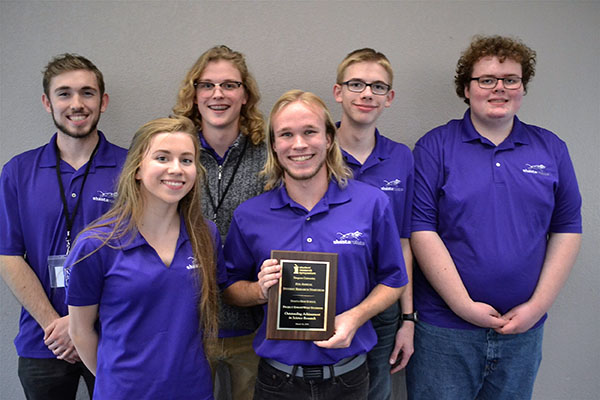 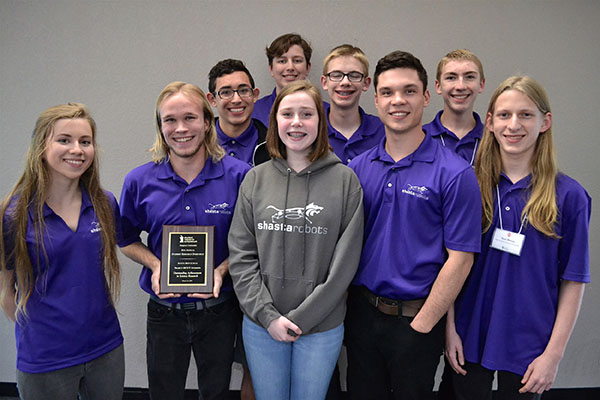 The symposium opened with a plenary address by Dr. Joe Wyse, president of Shasta College, who wove the event’s theme of “Place” into a talk about the people, events and statements that have influenced and guided his career path. Quoting author Skye Jethani, he encouraged students to start from a place of being “with” God. 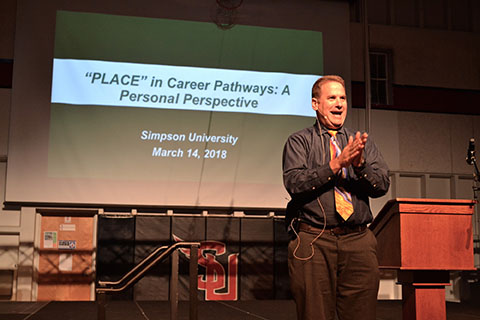 Symposium committee member and English professor Dr. Nicole Kenley also shared opening remarks about some of her own successful and not-so-successful research projects and what she has learned. 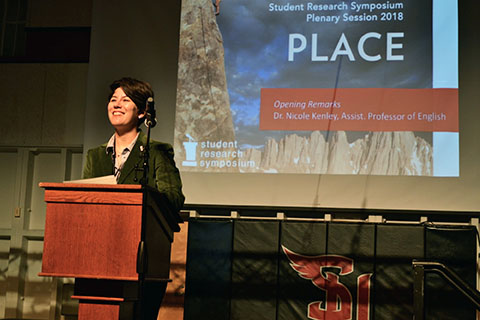 “Research leads you in unexpected directions as it changes and develops, and it changes and develops you in the process,” she said. “Research works in tandem with your regular coursework to enhance your analytical skills, your original thinking skills, and your integration skills. It forces you to encounter other points of view and to handle and adapt to them. These are skills that will carry over into whichever career you choose, academic or not.”

The symposium awards are named after former Simpson University Provost Stanley Clark, an enthusiastic supporter of the research symposium. Following his 2012 retirement, Dr. Clark and his wife, Susan, established The Clark Endowment for Student Research to support student scholarly activity.

Learn more about the symposium and read descriptions of all the presentations at simpsonu.edu/researchsymposium.