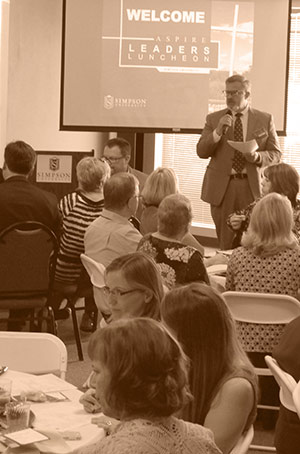 SOLD OUT
Please note that this event is exclusively for ASPIRE alumni, ASPIRE current students, and prospective ASPIRE students.

Dr. Ilene Bezjian is a Senior Consultant with The Genysys Group, a company assisting organizations and individuals in the midst of change. Her work focuses on disruptive behaviors in turbulent industries. Dr. Bezjian's background in strategy and marketing brings a unique perspective to casting vision and setting the vision into motion.

She was the Dean of the School of Business and Management at Azusa Pacific University for 14 years and a professor of marketing for 20 years.