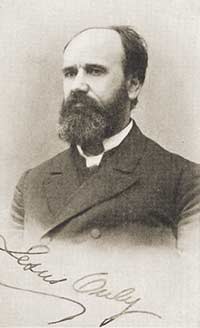 Simpson University was founded in 1921 as Simpson Bible Institute by W.W. Newberry, who served as its first president. Established in Seattle, Washington, the school was named in honor of Albert Benjamin Simpson (1843-1919), a Presbyterian minister who pioneered the Bible institute movement during the late nineteenth century and founded the Christian and Missionary Alliance. Initially offering a two-year program of study, the school was designed to promote spiritual growth and prepare students for Christian life and service, especially overseas.

As the 1926 catalog stated: "Seattle is several hundred miles nearer to China than any other trade routes across the Pacific...if this is the gateway through which the blessed gospel must reach millions yet in darkness, it is an ideal place to train and equip those who shall carry it to these needy souls..."

By 1940, Simpson was offering a choice of programs: Theology, Missiology and Bible/Music. By 1945, it had officially become the western regional school of the C&MA.

In 1955, the school moved to San Francisco, and its name was changed to Simpson Bible College since it was now granting bachelor's degrees. Over the years, the college continued to broaden its academic offerings so that by the time the half-century mark was reached in 1971, it had become a more comprehensive liberal arts college offering professional as well as biblical studies. That same year, the name was changed to Simpson College. 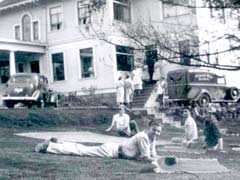 Another historic milestone was passed in 1989 when Simpson relocated to its current location in Redding and began building a new campus, which is still a work in progress. Since the move, undergraduate enrollment has grown from less than 200 to more than 1,200. Graduate programs (including the School of Education and A.W. Tozer Theological Seminary) have been established, and the Adult Studies (ASPIRE) program was added. In 2004, Simpson College became Simpson University.

Today, Simpson students represent a range of Christian denominations. Typically, the largest segment are members of The Christian and Missionary Alliance; the remainder are associated with more than 30 different denominations and several independent churches. They represent a mix of ethnic backgrounds, and they come from a number of states and foreign countries.

The faculty, as well, reflect a broad range of evangelical backgrounds. Educated at a cross-section of institutions across the nation, they are also experienced in international study and ministry.

Since the early 1950s, the logo-statement of the college has been "Gateway to World Service." Although our original mission has expanded since 1921 and alumni of today serve in a variety of ministerial and lay professions, Simpson University maintains its focus on global service and its passion to deliver the gospel of Christ to those still lost in darkness.